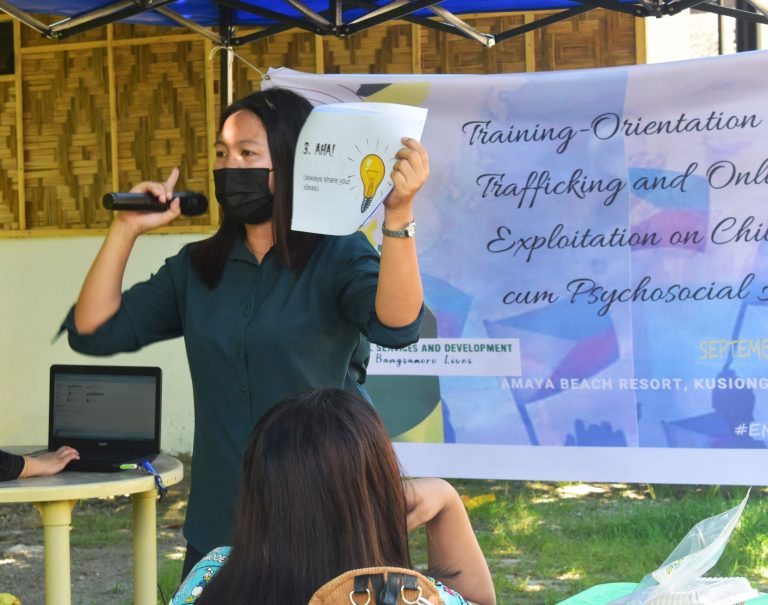 DATU ODIN SINSUAT, MAGUINDANAO – In response to the plight of 25 trafficking victim-survivors here, the Ministry of Social Services and Development (MSSD) intervened through a holistic and integrated approach. An orientation on Human Trafficking and Online Sexual Exploitation on Children, as well as psychosocial activities, were provided to the 20 trafficked women and 5 abused/abandoned children on September 23-24, 2021 in Barangay Kusiong.

During the activity, participants were oriented on human trafficking and the emerging issue of online exploitation, especially in the context of a pandemic. The psychosocial session also allowed the participants to share their experiences and sentiments, which were processed by social workers. De-stressing activities included interactive games and art therapy.

Part of the holistic approach is the provision of livelihood capital of PhP 15,000 through the Bangsamoro Sagip Kabuhayan (BSK) Program, hygiene kits, relief goods for the victim-survivors’ immediate needs, as well as educational and transportation assistance.

All the 20 trafficked women were rescued in 2018, with eight of them being taken cared of initially by the Department of Social Welfare and Development’s (DSWD) Nayon ng Kabataan in Mandaluyong City, while the rest were repatriated from Syria and accommodated by the Philippine Embassy therein for more than three (3) years.

Prior to the return of the trafficking victim-survivors, MSSD’s RRPTP and Women Welfare Program (WWP) had coordinated with the above-mentioned institutions as well as the Court of Appeals, as some were held in Manila while they stood as witnesses during the hearings against the traffickers.

From January – September 2021, there is a total of 56 documented cases of TIP across the Bangsamoro region, according to an RRPTP report. 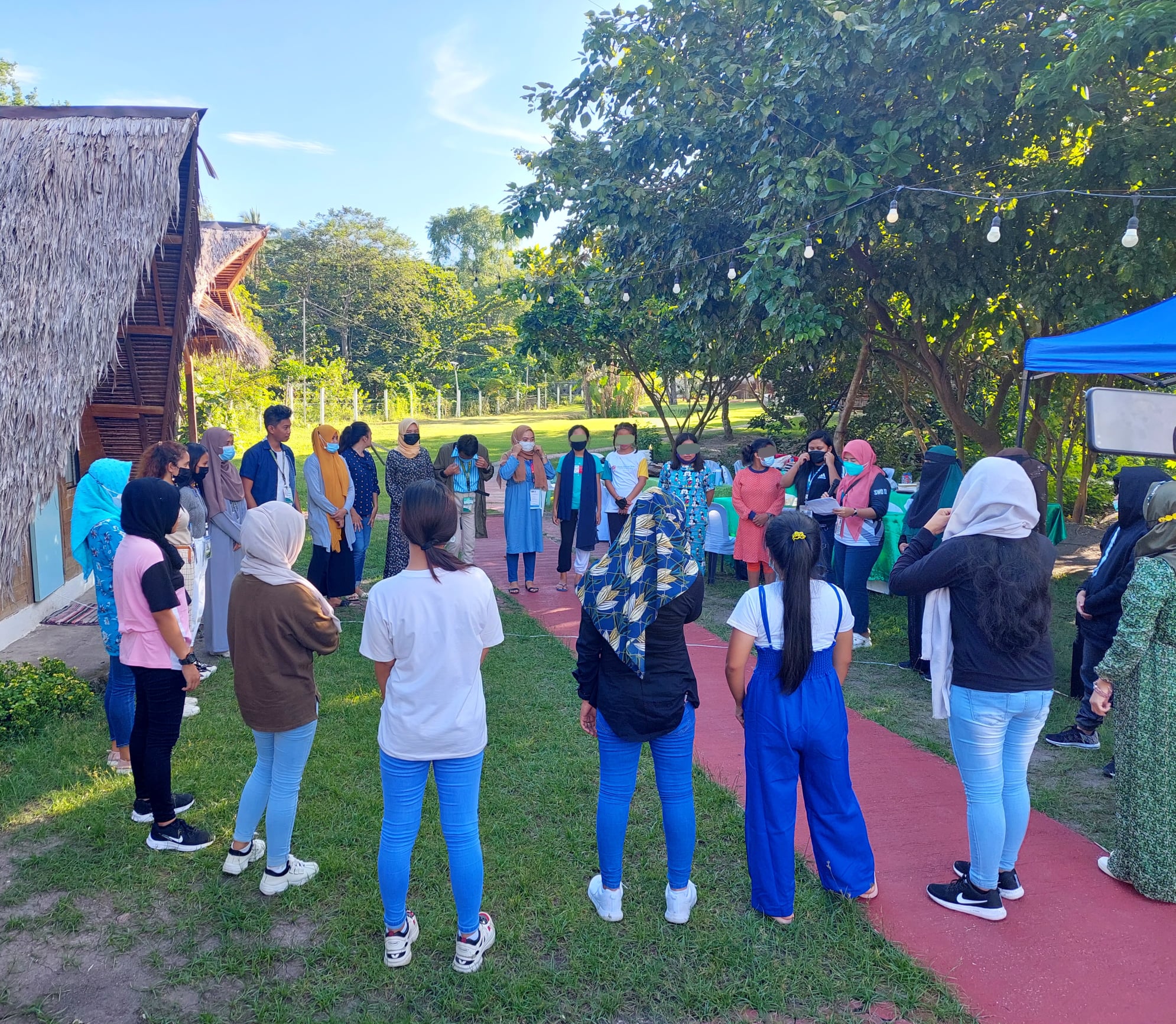 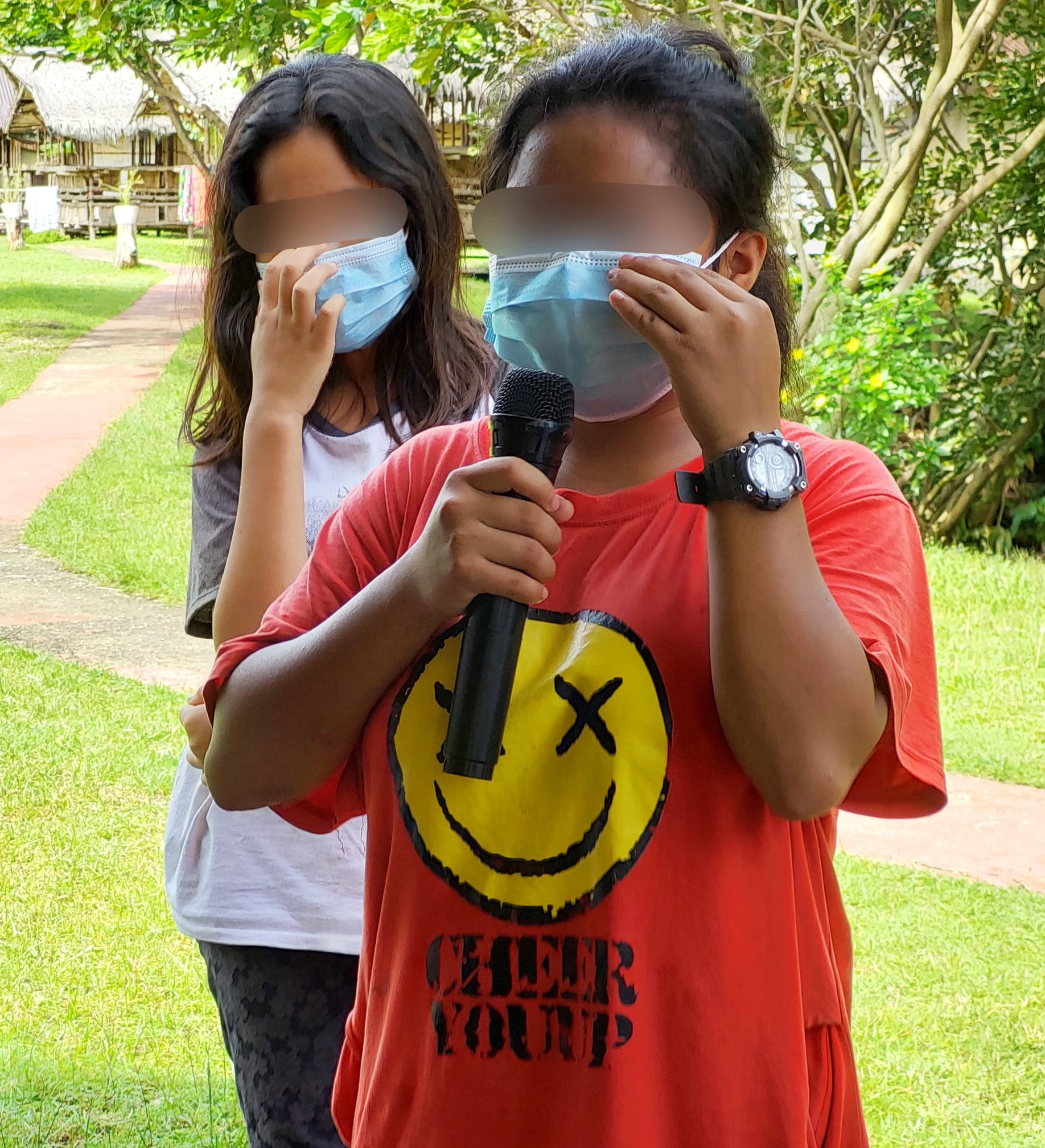 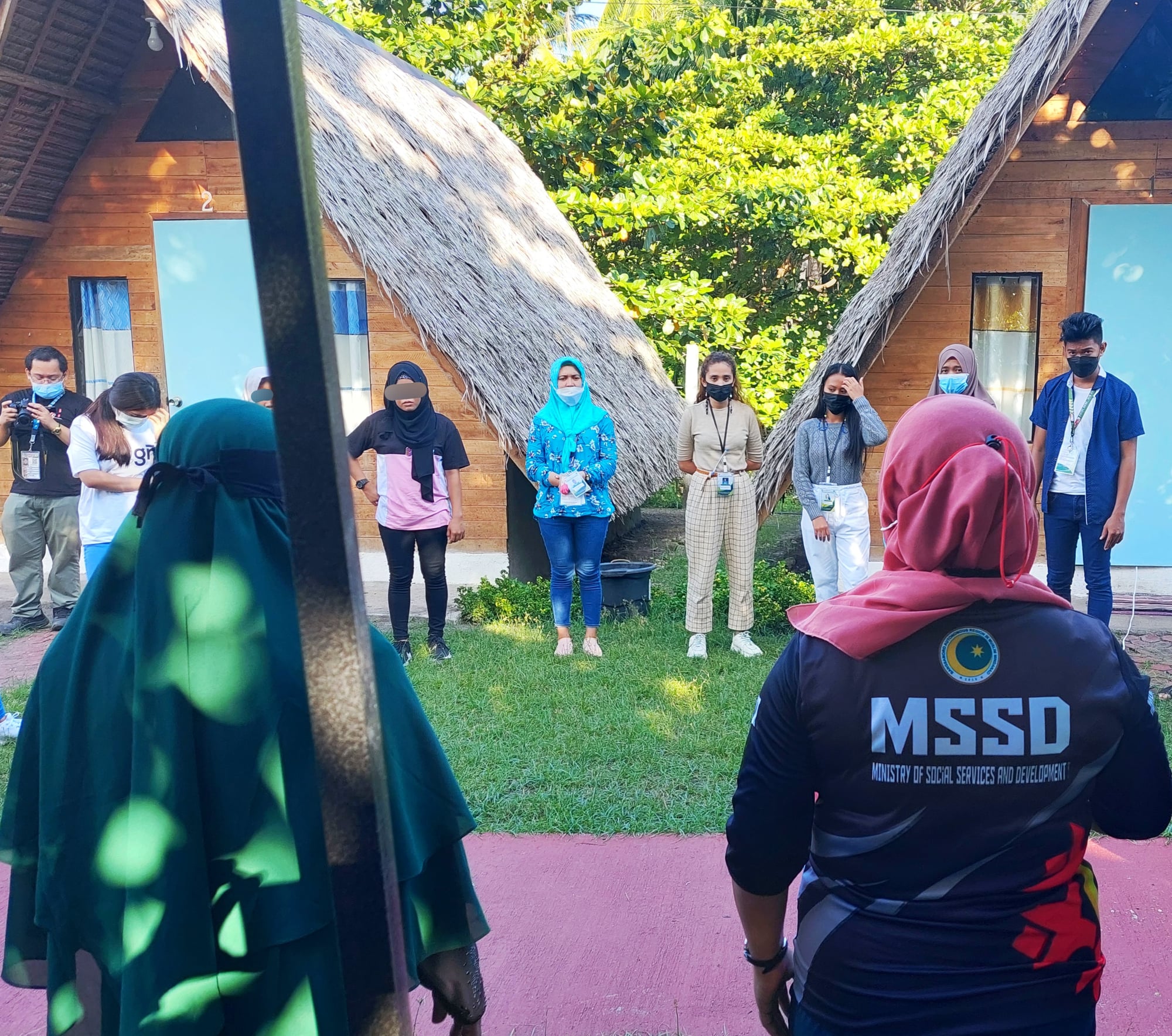 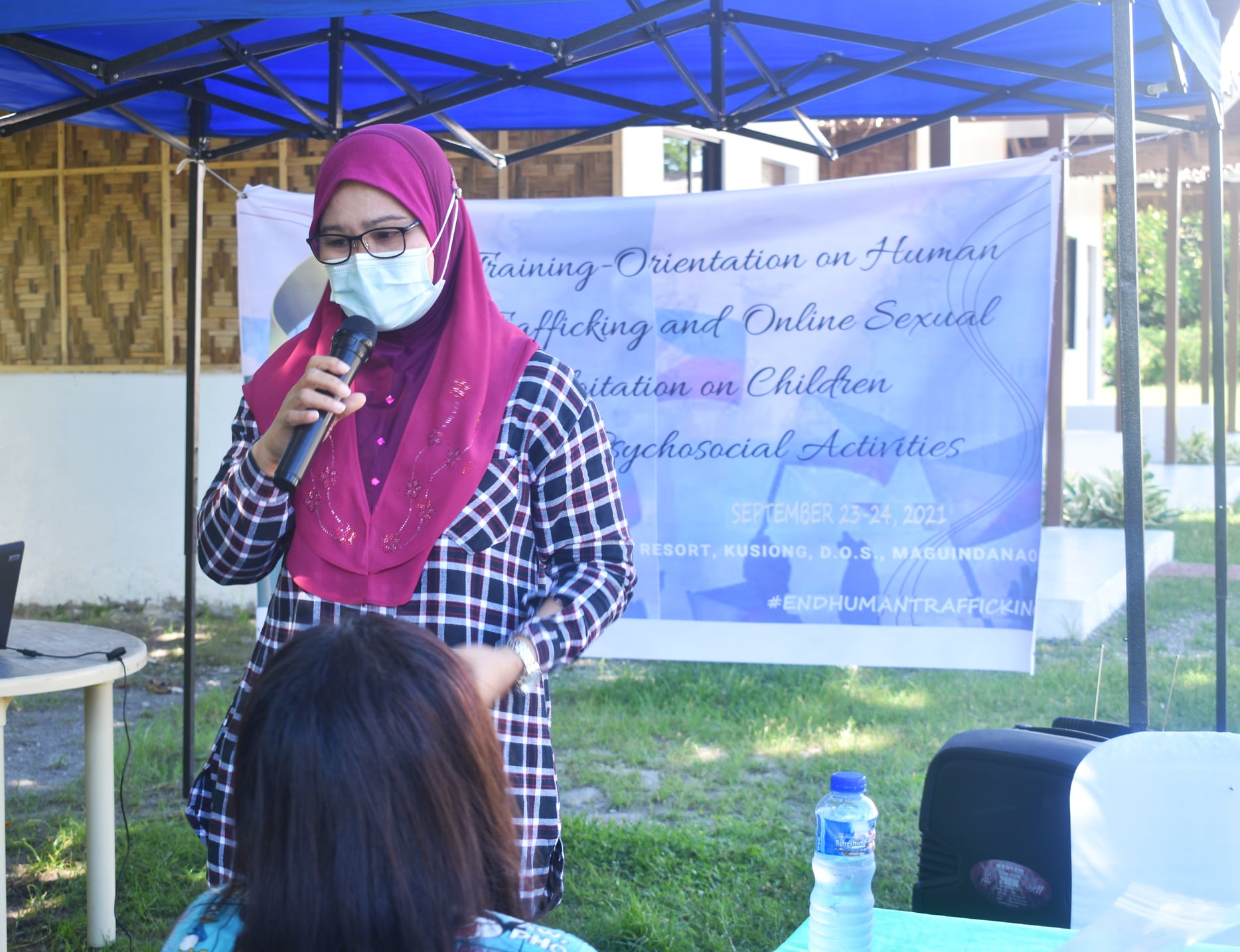